Docking methods are widely used to predict complexes of macromolecular structures. The biggest challenge of docking is to find near native structures among a set of alternative structures. Statistical potentials are used in methods for molecular interaction prediction. We provide two knowledge-based potentials for discrimination of near native protein-RNA decoys - DARS-RNP and QUASI-RNP. The QUASI-RNP potential uses quasichemical method to describe a reference state, while the DARS-RNP potential uses DARS (Decoys As Reference State).

Our knowledge-based potentials may be used on any Linux operating system. Simply download DARS-RNP potential or QUASI-RNP potential on your computer. Minimum requirements: Python version >= 2.6, the BioPython library version >=1.45 and the Numeric library.

Unbound docking decoys were obtained by a low resolution docking with GRAMM of a signal recognition particle (SRP) (pdb code 1LNG, a complex with RNA) to RNA (pdb code 1Z43, apo form). As a reference we used the native structure of this complex (PBD code 1LNG). We produced 10000 decoys with the grid step = 3.0, and repulsion and attraction parameters 15 and 0, respectively. The grid-step radius was used as a projection of an atom. The systematic search through the rotational coordinates was performed every 15 degree.

Next we make the scatter plot of energy (from the output file) - RMSD (rmsd_file) dependence (Figure 1). The first biggest cluster consists of native-like structures (Figure 2).

Figure 1. An energy-RMSD dependence for 10000 decoys generated by GRAMM program for the complex of SRP with RNA. Cluster is colored red. 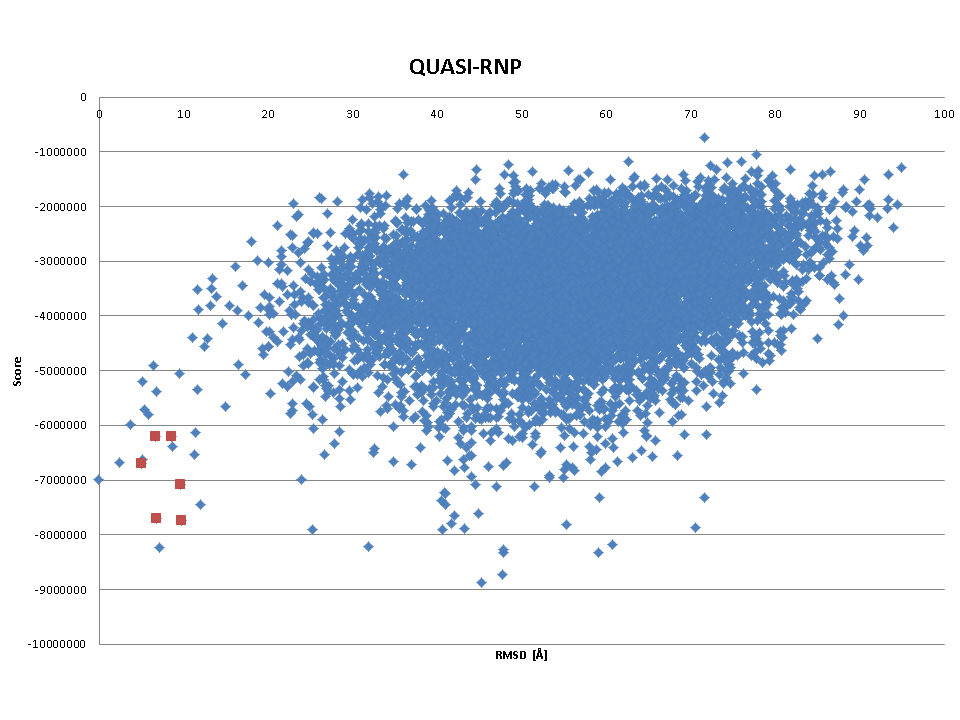 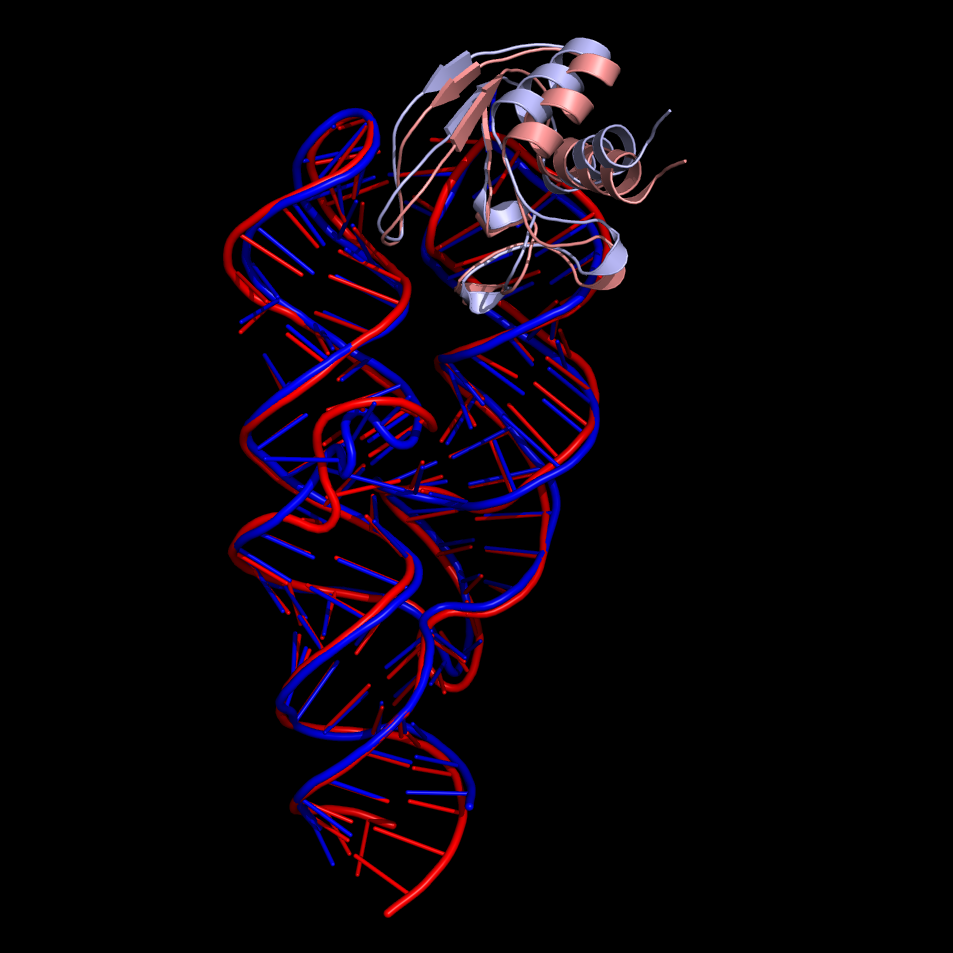