Automatic methods for protein structure prediction (fold-recognition, de novo folding, and docking programs) produce large sets of alternative models. These large model sets often include many native-like structures, which are scored as high as false positives. Such native-like models can be more easily identified based on data from experimental analyses used as structural restraints (e.g. identification of nearby residues by crosslinking, chemical modification, site-directed mutagenesis, deuterium exchange coupled with mass spectrometry etc.). We present a simple server for scoring and ranking of models according to their agreement with user-defined restraints.


Program may be used through a web server, or downloaded and installed locally on any Linux* system, that is standard in most bioinformatics labs.
Source code is licensed on General Public License. Downloadable archive contains license, program code in Python, examples in example/ directory, and helper scripts in utils/. Minimum requirements is Python version >= 2.3, and BioPython library version >=1.41. Some functionality of the program my require installation of downloadable bioinformatics software, like Stride and DSSP - details are provided in installation instructions.

* Software should work correctly on any Unix system, including Mac OS-X, but authors didn't have an opportunity to test it on any other platform.

MolProbity is a web server recommended as a complementary resource for testing models for the presence of high-resolution features.

The example file set of low-resolution docking decoys was obtained by a docking with GRAMM {Vakser 1995} of a TruA enzyme structure (PDB code 1VS3, apo form) to its tRNA substrate (PDB code 2V0G, a complex with an unrelated protein). As a reference we used the native structure of this complex (PBD code 2NR0)(Figure 1). We produced 30000 decoys with the grid step = 3.5 , and repulsion parameter = 20. The grid-step radius was used as a projection of an atom. The systematic search through the rotational coordinates was performed every 10 degree.

For discrimination of native-like complexes with FILTREST3D we used five distance restraints to prepare restraints file. First, we chose protein residues R50 and N52 known to be involved in catalysis of isomerization of U39 in tRNA and introduced two specific amino acid-nucleotide restraints. Second, we identified additional putative RNA-binding residues (R23, H119, R162.) that were both predicted as RNA-binding by the PPRINT webserver (Figure 2A) and were located in regions of positive electrostatic potential (Figure 2B), as calculated with the APBS tool with the PyMol program {DeLano 2002} for performing electrostatic calculations. For these three residues we defined a general restraint for interactions with any nucleotide of the whole tRNA molecule.

Then filtrest program was run:

The filtering took 500 minutes with the standalone version of the program running on a Linux workstation with 3,06 GHz processor. In the output file 2 decoys satisfies restrains completely. They exhibit the RMSD to the native structure of 22.36 Å and 26.56 Å (Figure 3). They are similar to each other and can be considered native-like.

Figure 1: The native structure of pseudouridine synthase TruA in complex with leucyl tRNA, which was used as a reference. 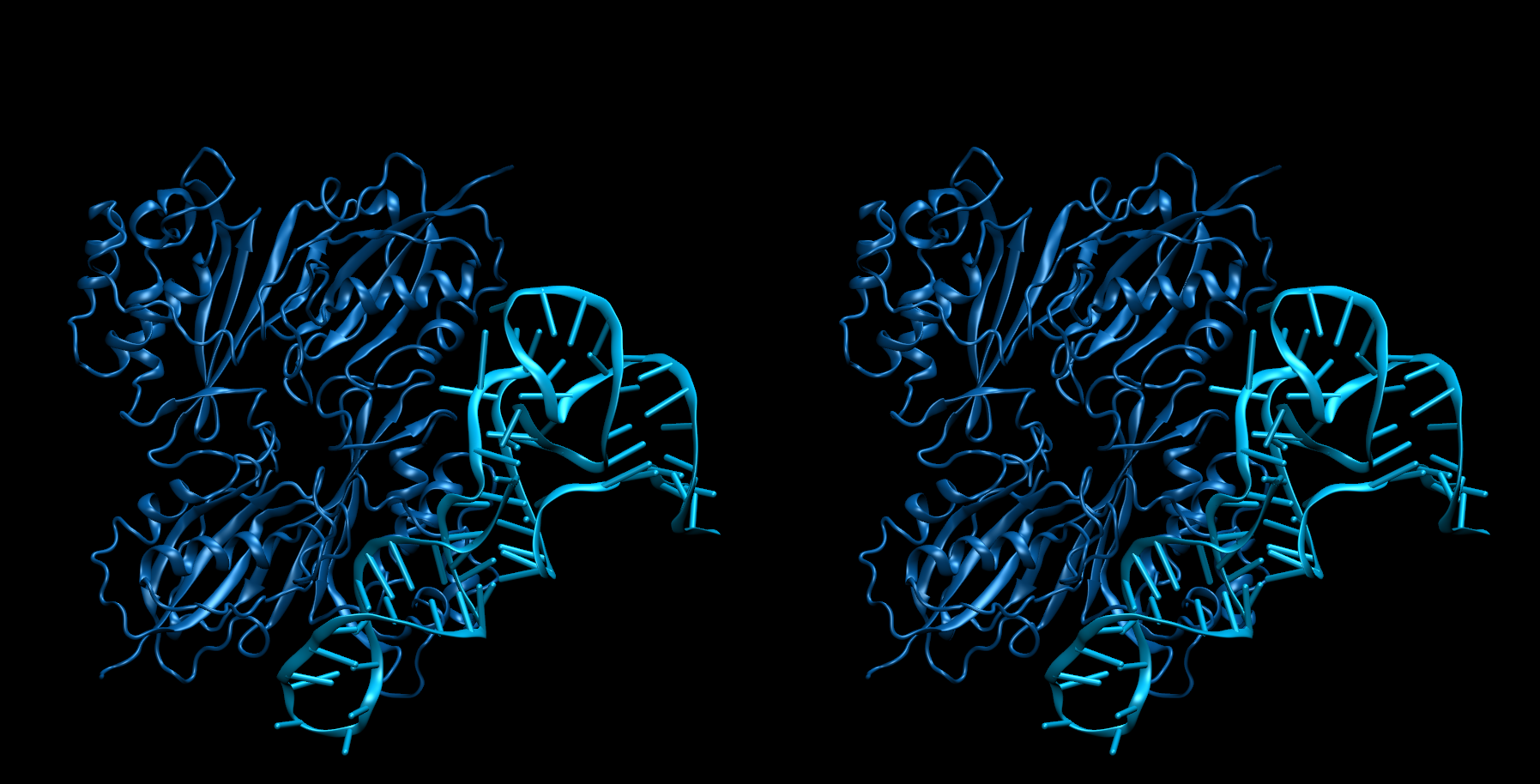 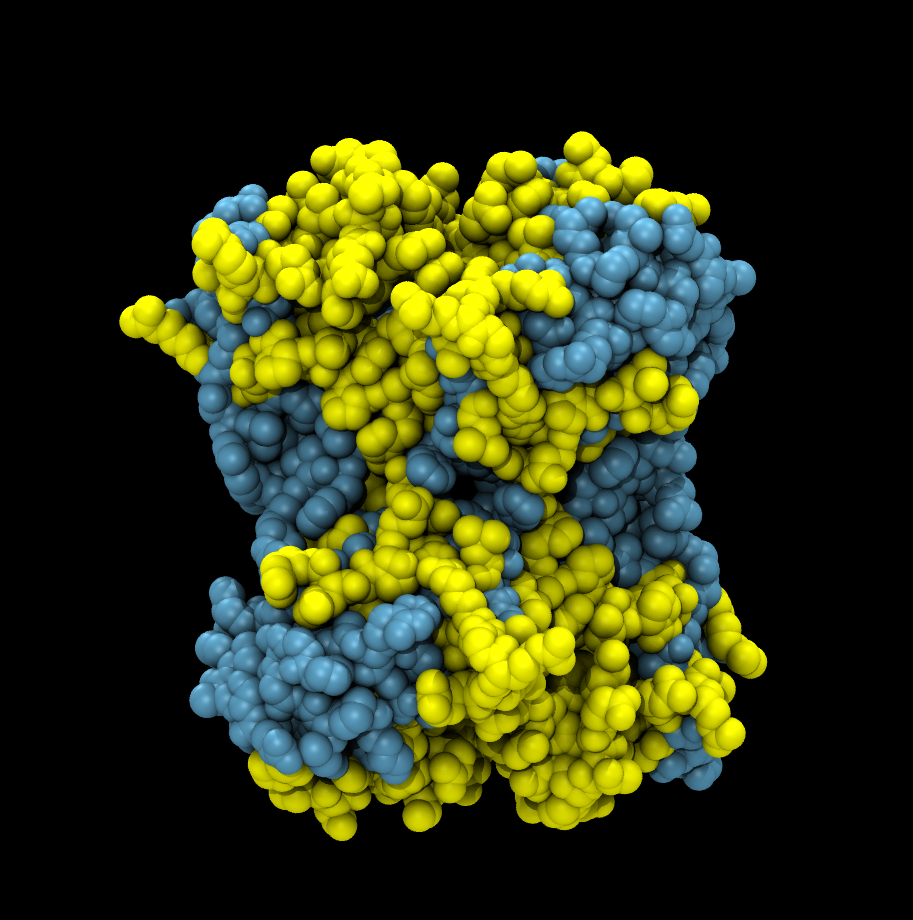 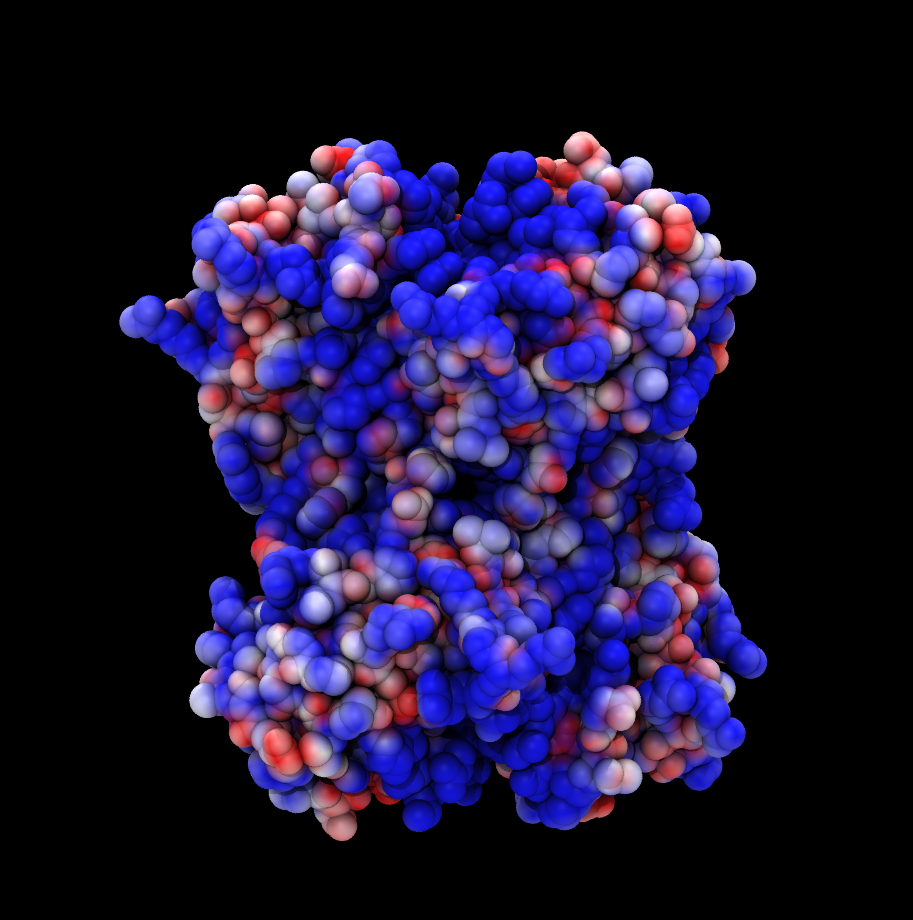 Figure 3: A,B – Each of two best scored decoys, which were found by Filtrest3D superimposed on the reference structure of complex. Only proteins are superimposed. Reference structure is colored in blue tones, while decoys are colored in red tones. All atoms, which were used to make restraints have VDW representation. Cα of marked amino acids are colored white, while O3’ atoms of nucleic acids are yellow. C – Two best scored decoys. Proteins are superimposed. 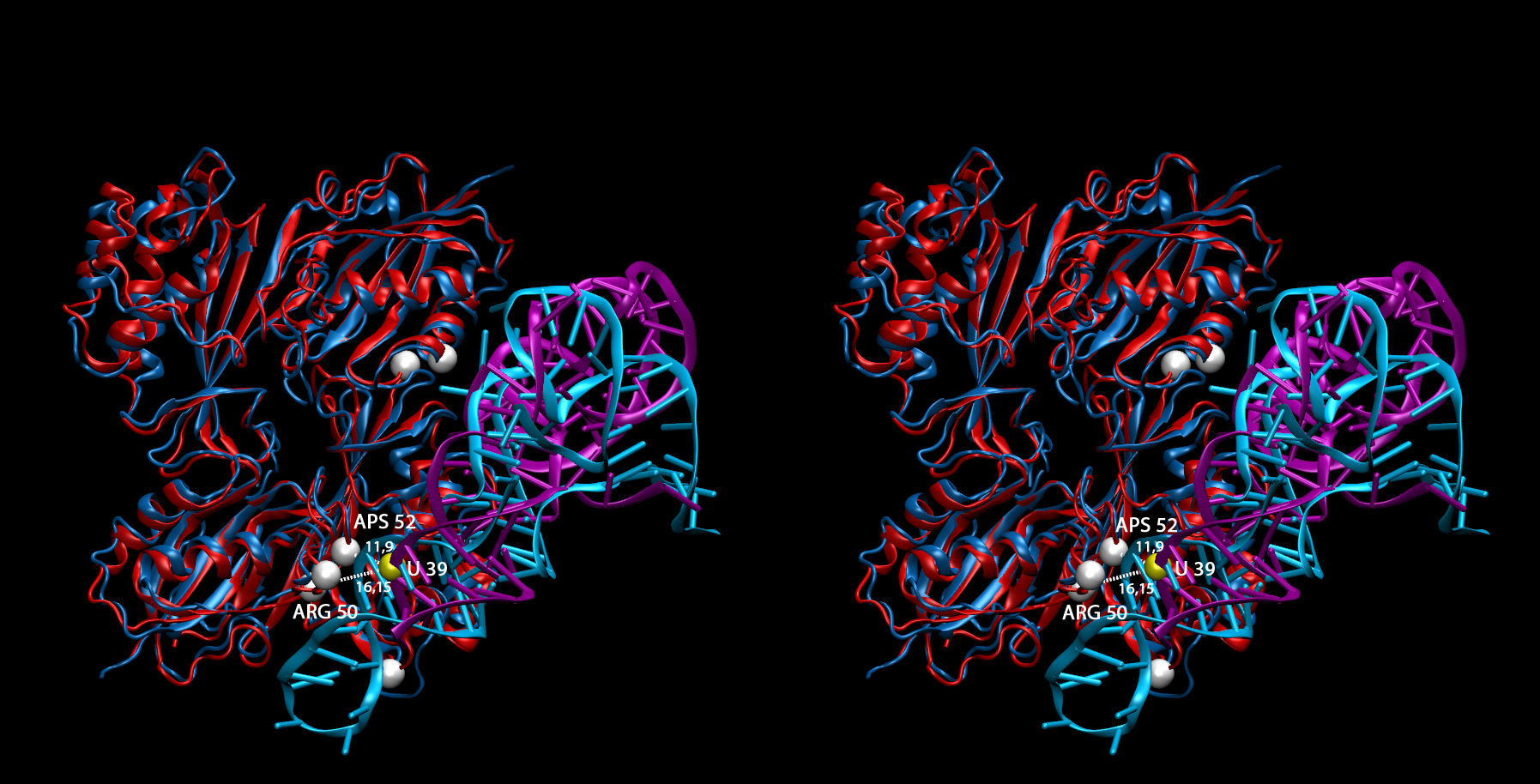 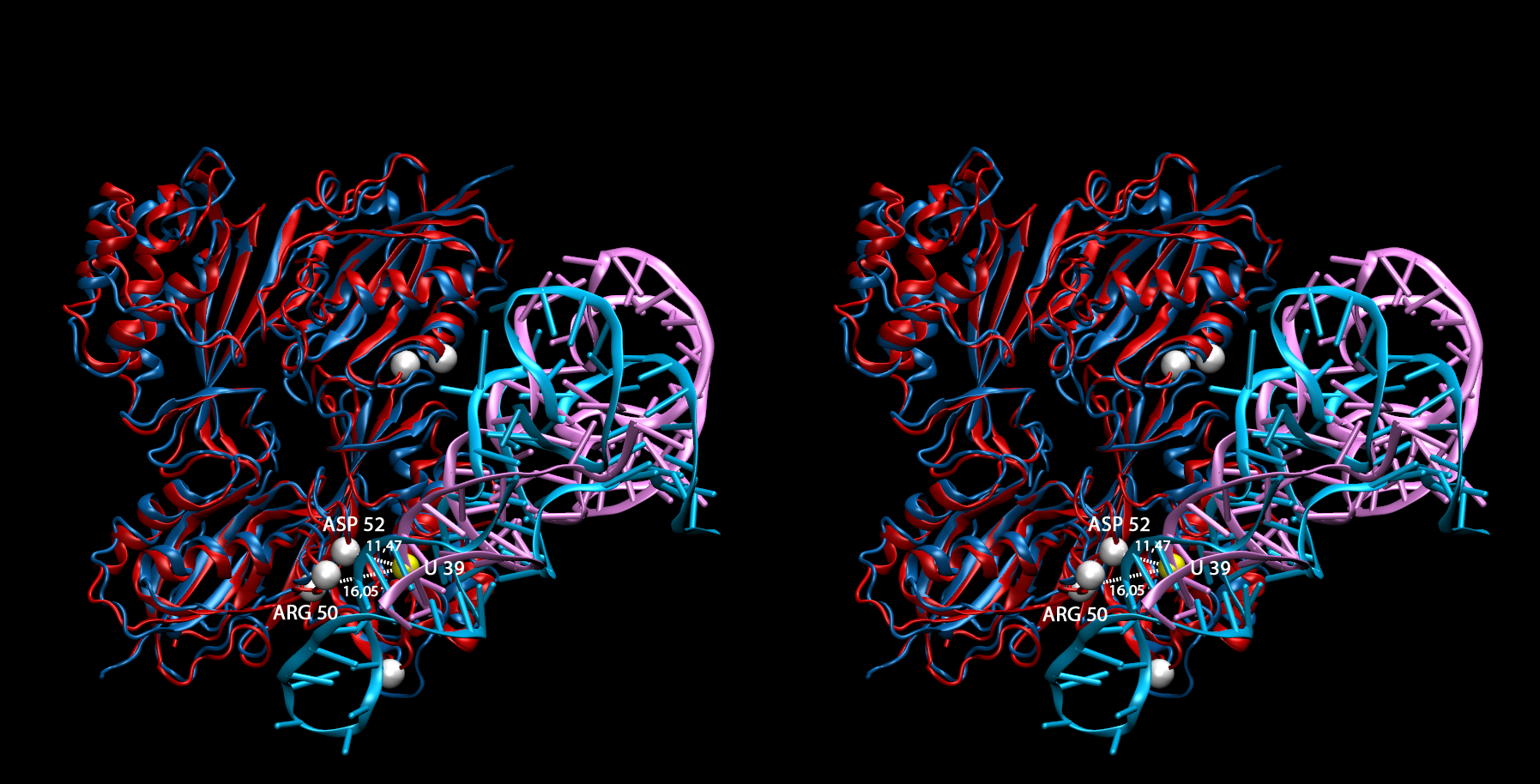 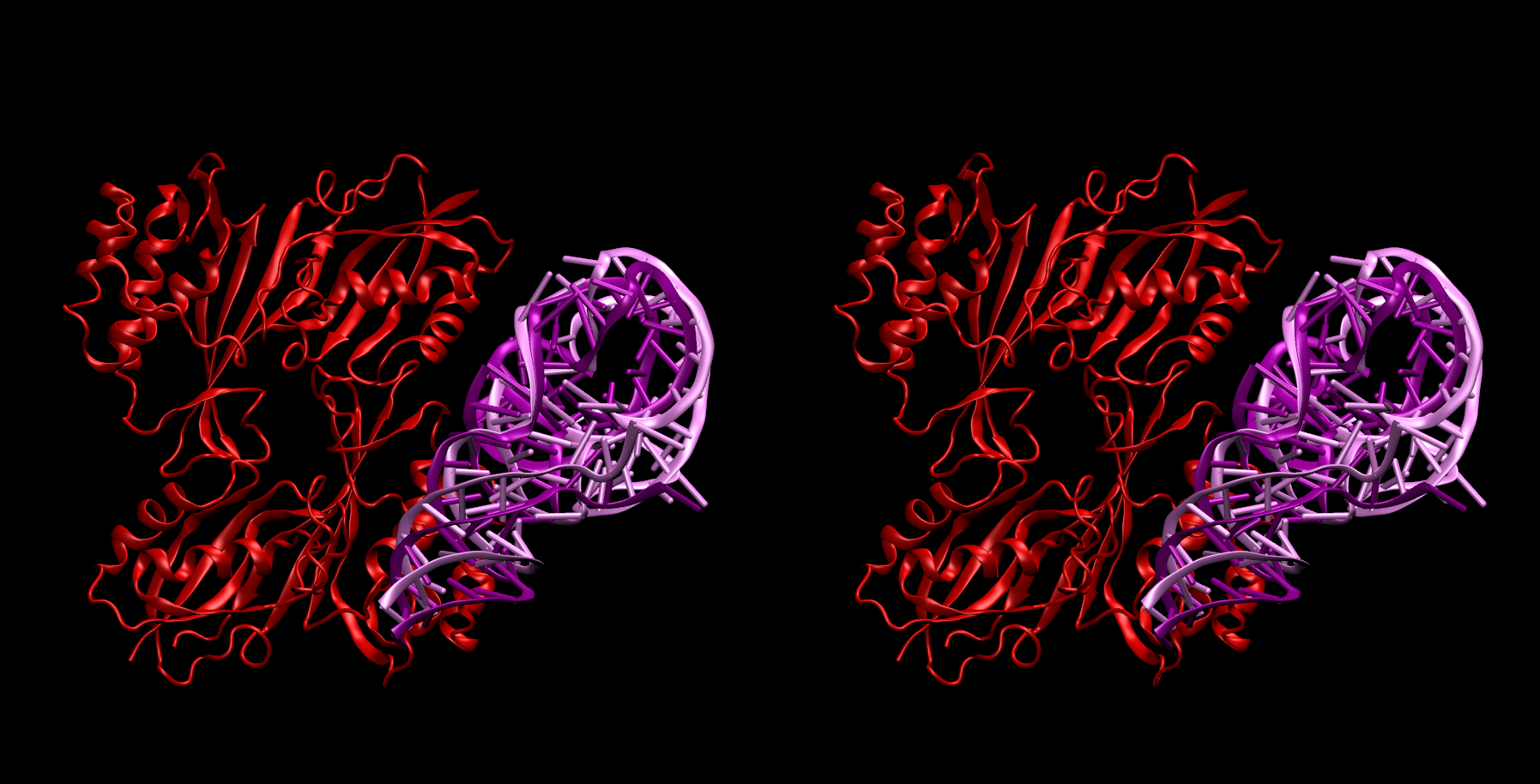 A detailed manual for restraints file syntax is here. Online help is available for both web server and command line interface.